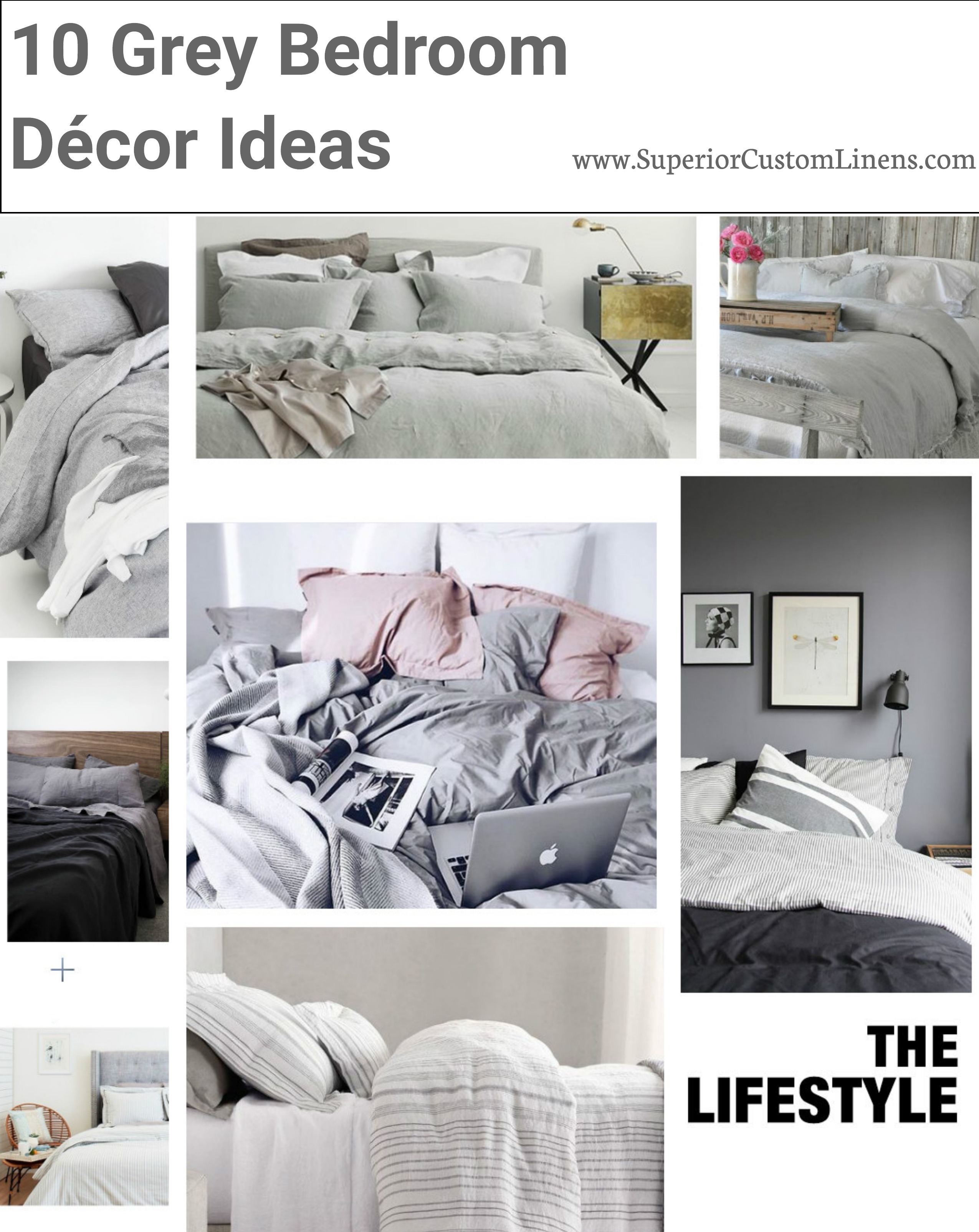 Grey is the beautiful mix of the black and white. It is not associated with happiness but everyone has their own choices. Most often considered as dull and dreary. Grey can be utilised in innovative ways to create amazing interior ideas.

Grey is a good option to decorate the bedroom. The bedroom is supposed to be one of the most comfortable rooms of the house and the colours that you use can really affect the mood of the room. In this situation, don’t consider grey as the dull colour, instead use it to mellow down the environment. Contrary to popular belief, grey can be combined with other colours to bring out a good look. Moreover, any colour used against grey will naturally pop out.

Here are 10 décor ideas to use grey in your bedroom: 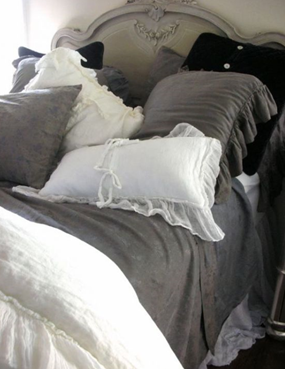 Grey is definitely the product of black and white so combining it back to them is a good idea. The headboard is not solid white but gives a more a sandy and clay look. Grey takes centre stage with black and white popping out at occasions. The wall colour has been kept a bit shy of solid white matching the colour of the headboard. The carpet can be kept black but a solid grey colour would look better. 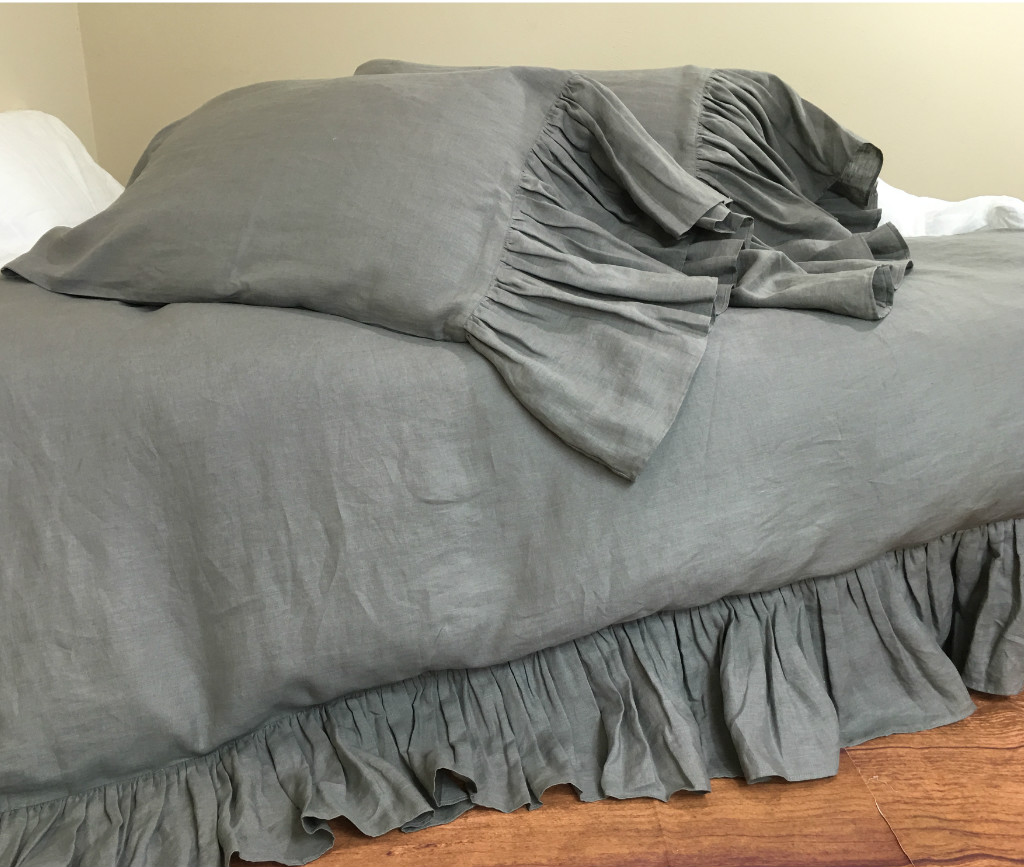 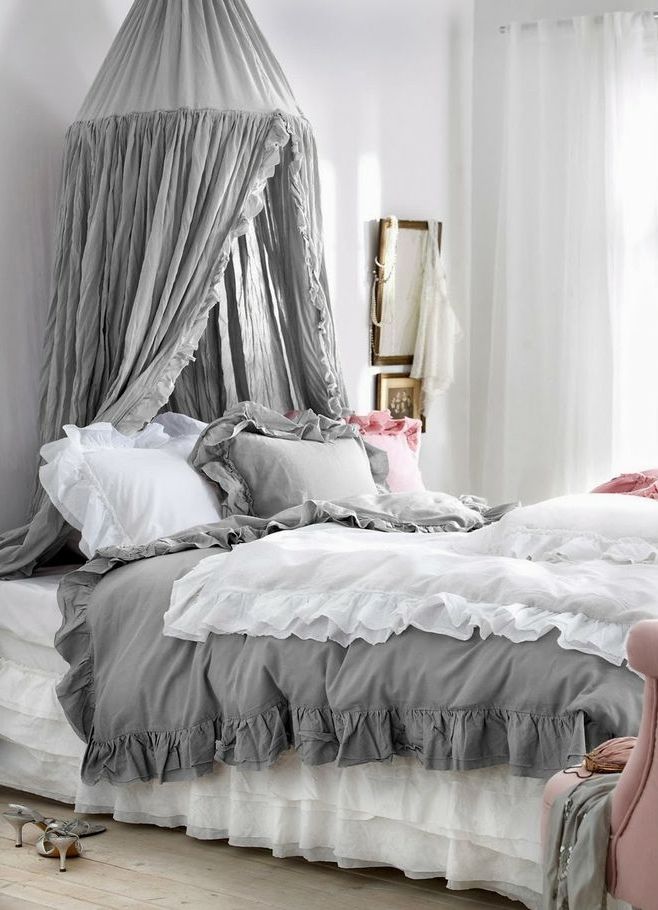 This is a good choice for a girl’s bedroom. It doesn’t look childish but gives more character and maturity to the room without eliminating the traditional pink. There is more white and grey in the room but the pink appears as splashes of colour in the room. The canopy and the grey bed hangings also bring out a feminine touch. The bedding itself has a frilled border. 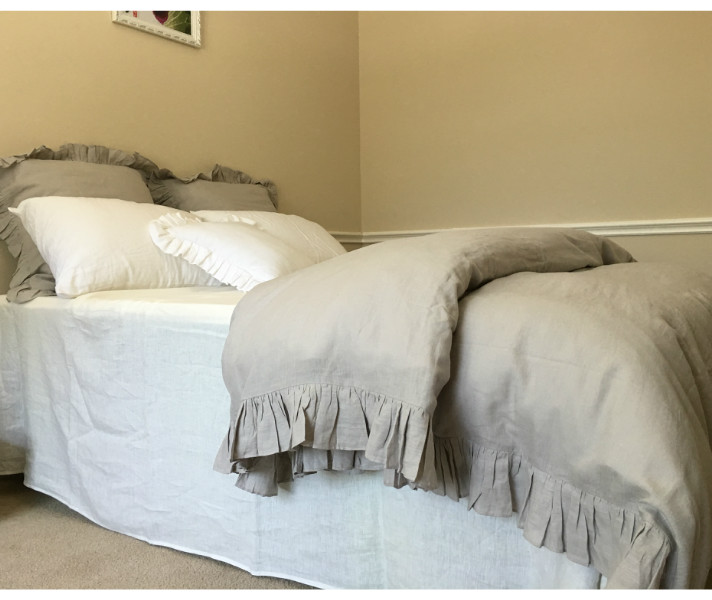 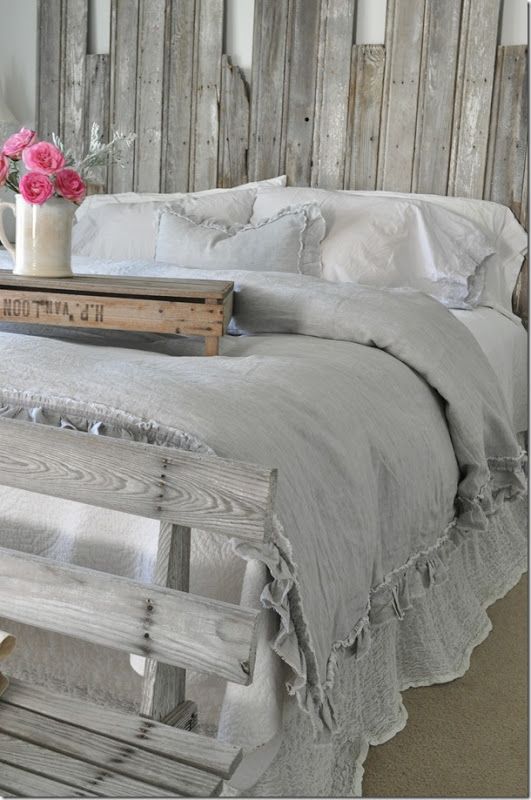 The wood that has been used in the bed frame is rustic and grey which is an elegant combination. The cushions are white which act as a background to bring out the grey. The grey used here is pretty light in shade. The rest of the décor in the room can have different colours but don’t use an excessively dark shade. Keep the light shade theme continuous and the idea works great. As far as the carpet is concerned, keep in in shades of grey as well as to not disturb the main grey theme. 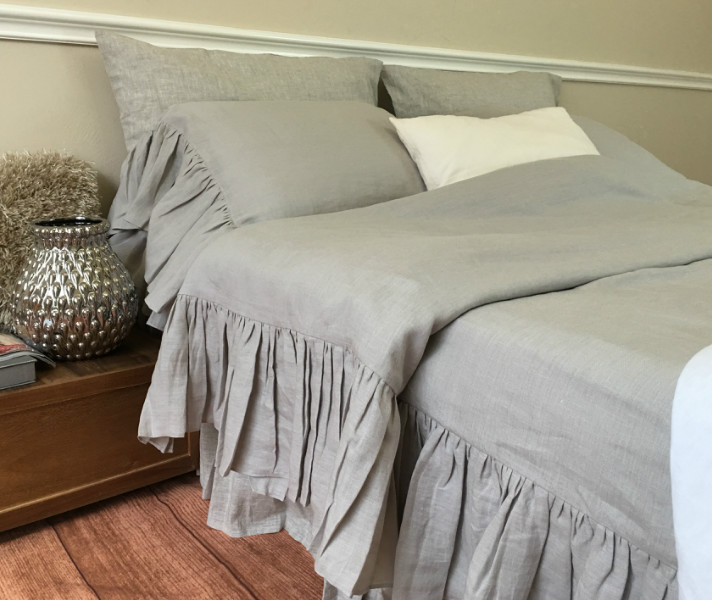 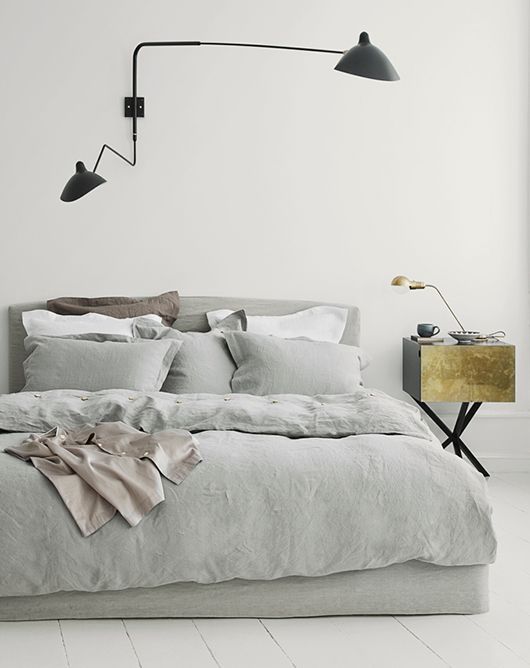 This is a great décor idea for a minimalist. The bed is of reasonable size but the headboard is not large. Moreover, the room has been designed using solid grey. A splash of colour is visible in the room because of the wooden side table. The walls have been kept white and bare to keep the minimalist theme consistent. 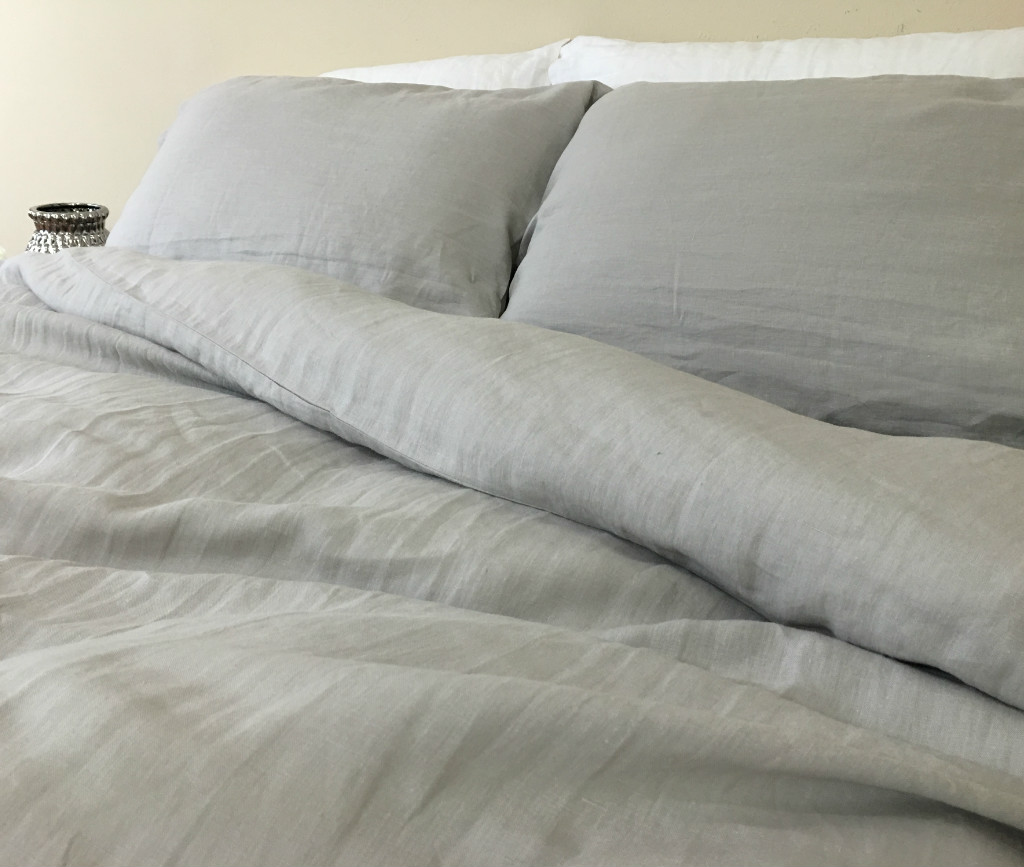 Stripes never go out of style and there are a thousand ways in which you can use them in your bedroom. Here the duvet has been selected in a stripe design. The stripes are thin and grey standing out against a white background. The headboard is large and grey. The stripes theme has been kept continuous as you can see the cane chair. The chair also adds a rustic splash of colour to the room. The wall paint and décor have been kept white which brings out the headboard’s shade of grey. 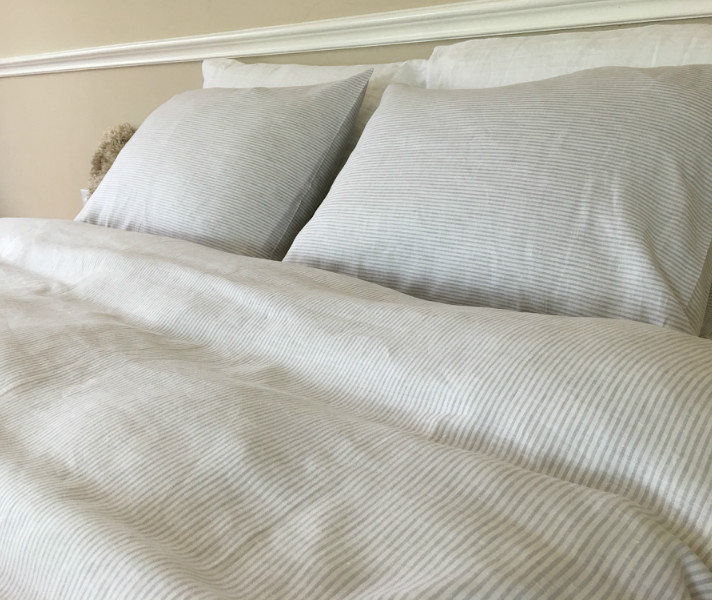 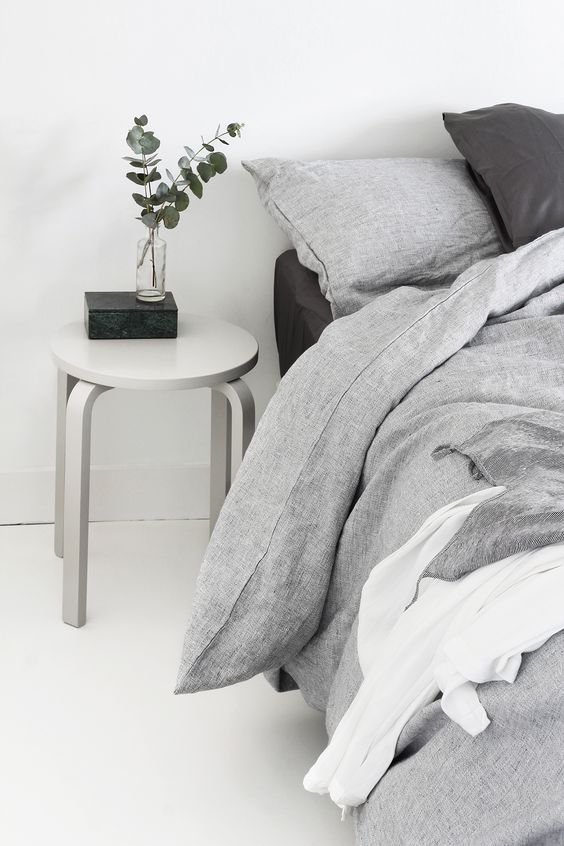 This looks quite formal and organised. The entire décor has been intelligently combined in grey and black. There is no doubt that white brings out any colour but here the black does give a boost to the grey shade used in the duvet and the furniture. The walls have been kept white and the floor is kept bare. It gives an executive and professional overall look. 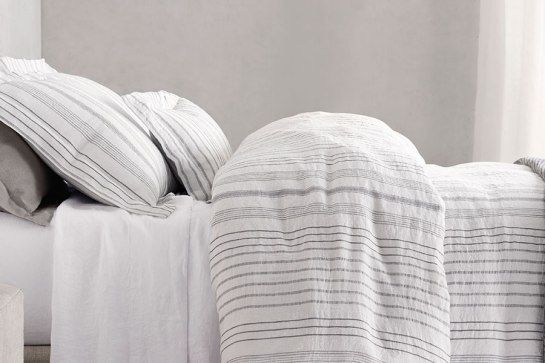 In this bedroom décor idea, grey stripes and white have been used. The stripes are not even which shows how innovatively they can be used. The pillows are both I striped and plain design. The plain ones enhance the beauty of the striped ones. The walls have been painted both grey and white. Both colours have been alternated to keep the grey and white theme consistent. 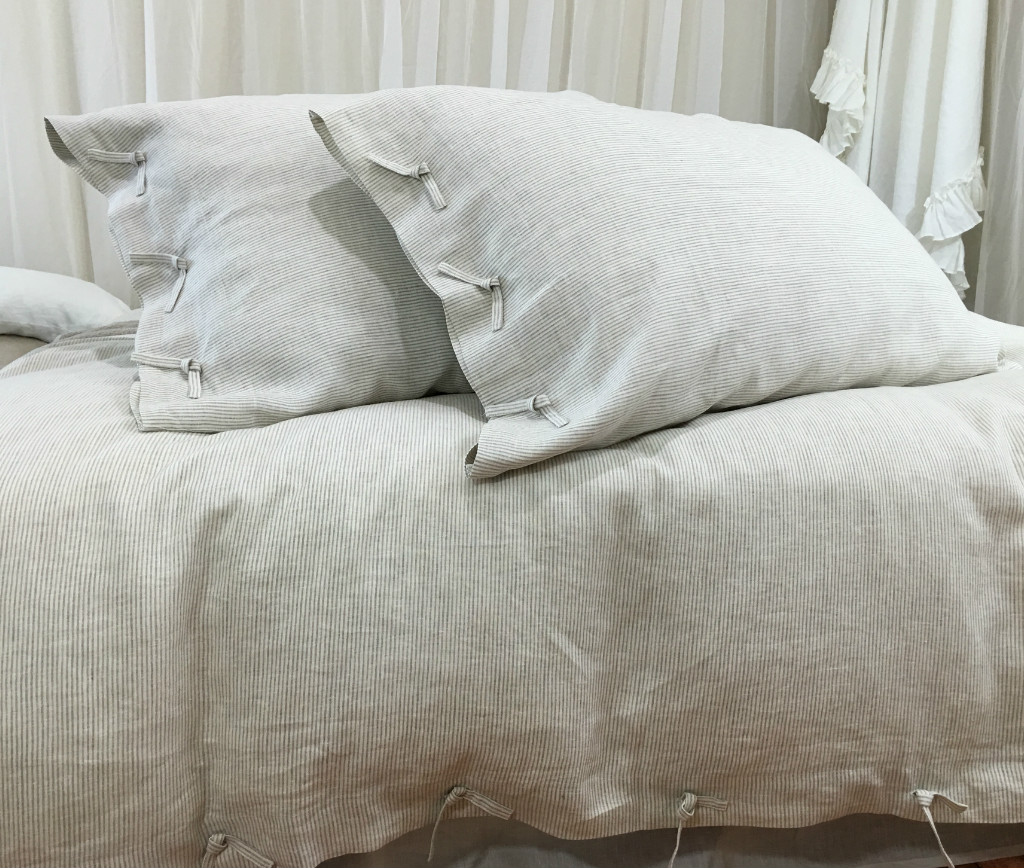 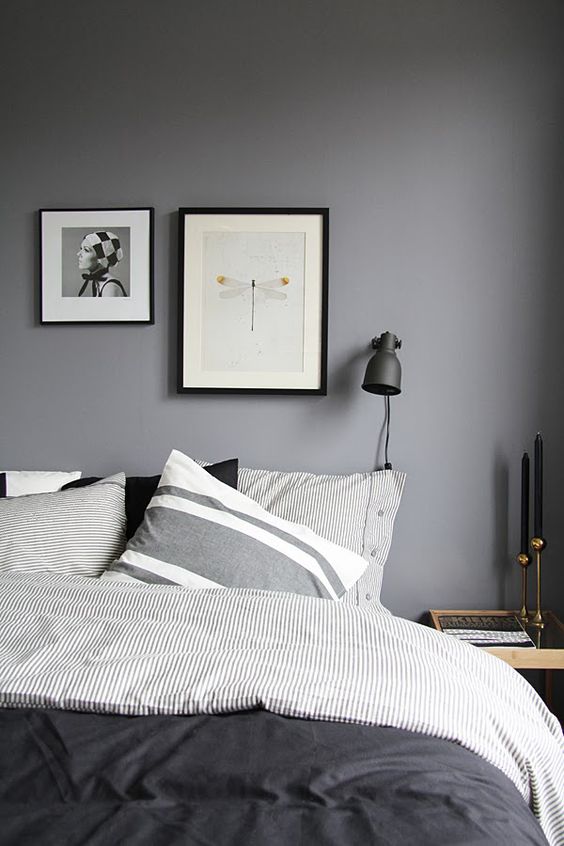 It appears to be black at the first glance but it is actually a darker shade of grey. Both light and dark shades of grey have been used to create a mellow environment for the bedroom. Once again, stripes have been used intelligently by combining various widths. The wall behind the bed has also been kept grey. The headboard seems to be quite small which gives a more comfortable and relax feeling to the bedroom. 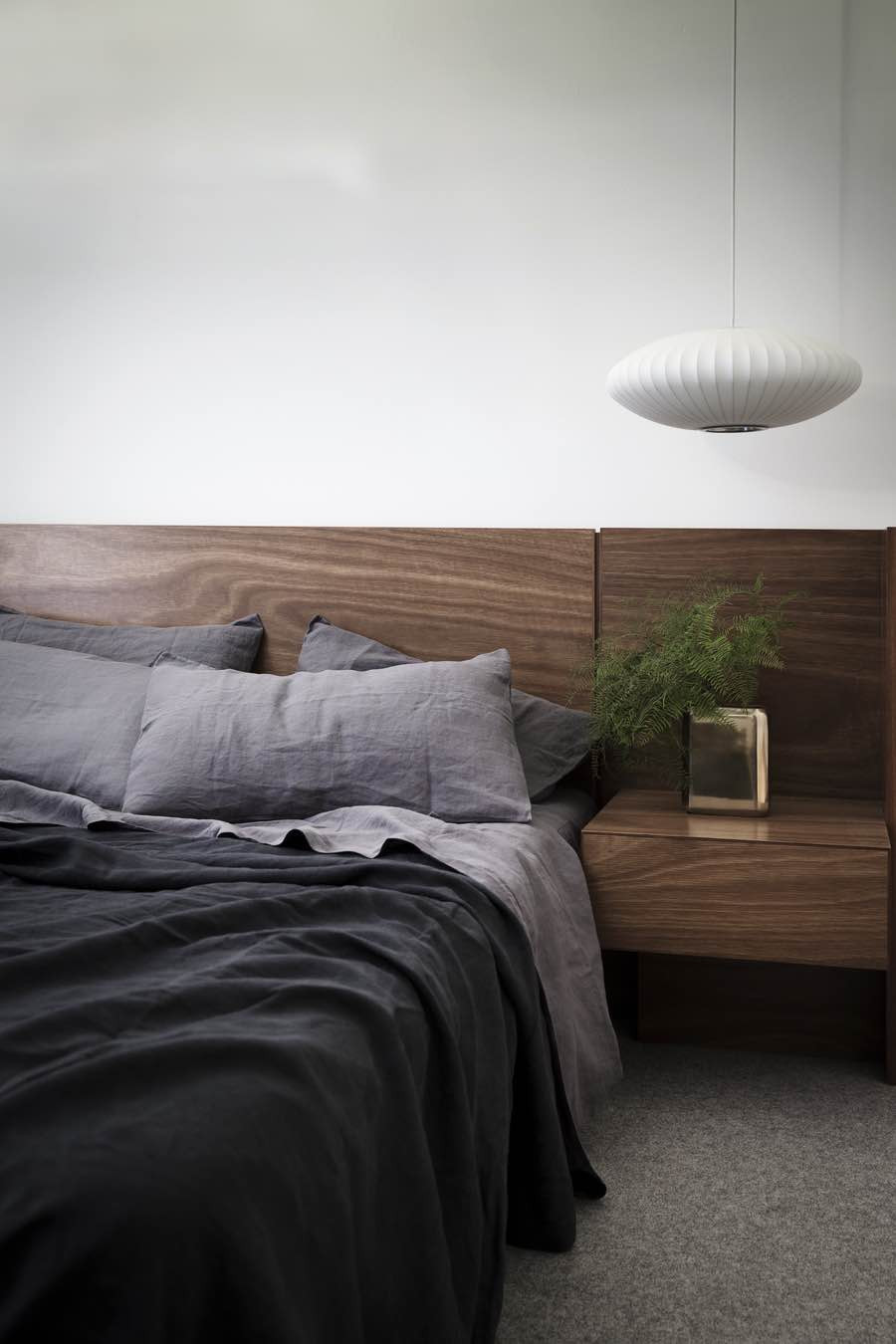 This is a very elegant décor choice. The wood is polished but matches perfectly with both the light and dark shades of grey. The carpet is grey as well. The whole look appears to be very similar to what we can expect from nature. The small green plant just adds more to that look. It is simple but elegant. This décor also looks quite organised. 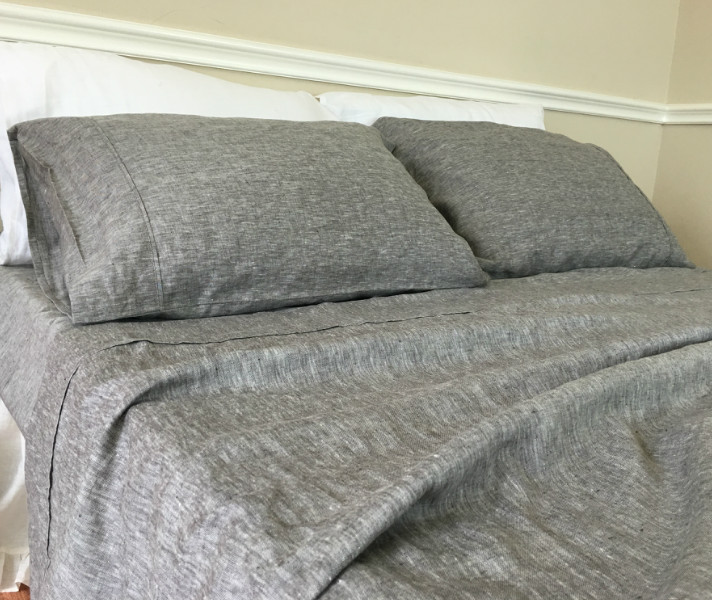 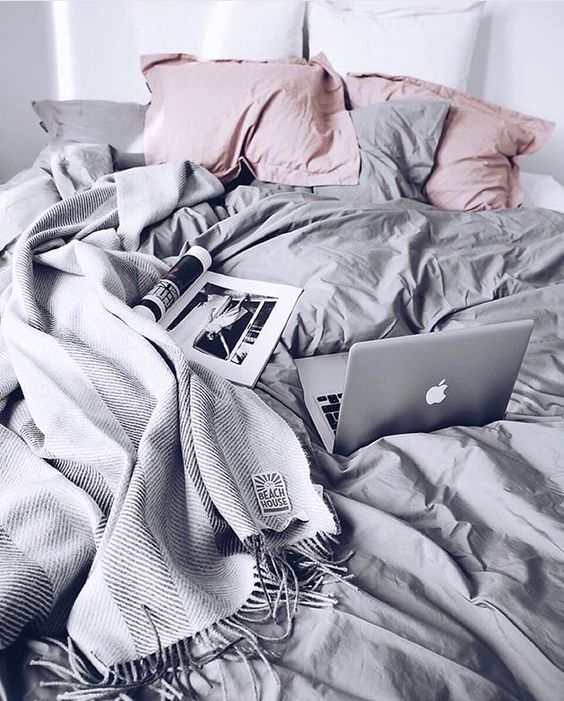 In this bedroom décor idea, white has been eliminated to experience the look of light pink against light grey. It gives a cool look with the pink popping out easily. The bed seems to be of the platform variety. The lack of headboard creates a casual look which makes this a good bedroom idea for a young school or college going person.

Grey can be used very innovatively to create a casual and comfortable look for the bedroom. It is easy going and can be combined with other light colours. Grey bedroom ideas are a great choice for someone who likes casual environment but can also create wonders for a person who enjoys more organisation in the room. Minimalist décor ideas can also use shades of grey. The best thing about using grey is that it can be combined easily with neutrals and vibrant colours as well. Any colour used with grey makes it pop out which resembles as splashes of paint against a canvas.